We’re two weeks away from transmittal, the midpoint of the Session and the time by which we know where most bills stand. Until then, it’s a frantic race to get all the bills introduced and many voted on. And let me tell you, this is an unprecedented session with attacks on air, water, climate, and public involvement in government. It’s a real doozy!

We’re keeping track of what’s going on so you can cut through the clutter and speak out against bad bills and support good ones. Unfortunately this week, it’s all bad bills.

Don’t forget: You can also join us every Thursday at 5 PM for a rundown of the bills and the answers to your questions. You can join using your computer or phone.

1. Speak Out Against a Bill That Would Gut Rooftop Solar

HB 359 by Rep. Larry Brewster (R-Billings) will crush the rooftop solar industry by revising the state’s net metering law. NorthWestern has tried similar proposals in the legislature and at the MT Public Service Commission and has failed each time. Now NorthWestern is back at it with a bill that would upend rooftop solar by reducing the value of solar credits by 70% and increasing the amount of time it will take to pay for the credits. More than 3,000 Montanans own rooftop solar, and many are small businesses, libraries, and schools across the state who, despite paying to put solar panels on their roofs, would experience increased electricity rates because of HB 359.

The bill also harms the solar industry by changing the credits for net metering customers to an “avoided cost rate.” That is problematic because:

All told, this bill would gut the solar industry in Montana.

ACTION: The hearing is scheduled for Friday, February 19 at 3:00 pm in House Energy, Technology, and Federal Relations. Click this link to send the committee a message saying that you OPPOSE HB 359. You can also register to testify in the hearing, but you must do so before noon on Thursday, February 18. Please also consider writing a letter to the editor opposing this bill.

2. Protect Montana’s Streams and Rivers from Septic Pollution and Runoff

SB 165 by Sen. Carl Glimm (R-Kila) would eliminate important public health and environmental review of subdivisions that are greater than 500 feet from surface waters and exempt minor subdivisions from having to conduct a storm drainage review. The bill’s proponents have presented no scientific evidence to support this arbitrary distance. SB 165 also would exempt expansions of systems designed for wastewater disposal, storm water, and solid waste disposal from review. This will lead to more  septic and runoff pollution in our waters, impacting human health and our rivers and streams.

ACTION: This bill passed out of the Senate Local Government Committee and be debated on the Senate floor in the next few days. Take a few minutes and contact your Representative — ask that they OPPOSE SB 165.

3. Help to STOP a Bill to Strip Away Your Vote in Montana’s Nuclear F

We’re asking you again to speak out on HB 273 by Rep. Derek Skees (R-Kalispell), which would eliminate the important safeguards for nuclear energy development in Montana. HB 273 would overturn a citizen-passed initiative that gave voters the right to approve or reject a proposed nuclear facility. Repealing this language eliminates numerous important safeguards and eliminates the public’s ability to decide whether or not Montana pursues nuclear energy.

Despite a new generation of nuclear reactors being tested today, there remain safety concerns – both in regard to health and the environment – associated with nuclear power. If any developer wants to pursue a nuclear energy project in Montana, then YOU should have the final say on whether to eliminate existing safeguards.

This bill was passed by the full House on Feb. 15 and will soon progress to the Senate.

ACTION: Get the word out! Insist the legislature gives the public a say in whether or not Montana adopts nuclear. Consider writing a letter to the editor of your local newspaper (you can use our template to get started).

Previous Story:
Letter to the Editor template for HB 273 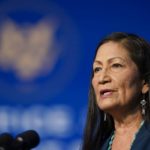 Next Story:
‘Join us on the right side of history:’ Thousands call on Daines to confirm Rep. Haaland