Fossil fuel development and the toxic burning of hazardous waste are just a few factors contributing to the degradation of Montana’s air quality and climate. With the ultimate goal of air that is clean and safe to breathe and a stable climate, MEIC works with citizen groups, supports legislation, and acts as an agency watchdog to ensure that legal safeguards are complied with and enforced. 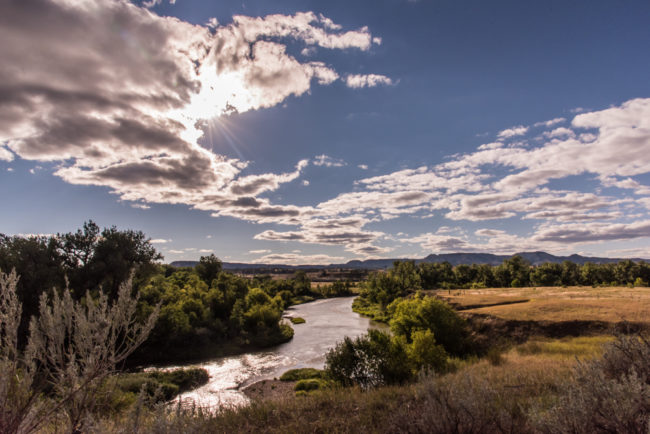 The impacts of irresponsible hardrock and cyanide mining in Montana will affect our great state for decades to come. Abandoned and inactive mines litter the state, leaving behind scarred landscapes and contaminated water. MEIC is a respected leader in mining reform and the architect of Montana’s cyanide heap leach mining ban.

MEIC has been at the forefront of hardrock mining reform in Montana, working with government agencies, the legislature, and people across the state to assure that our water stays clean and mining disturbance is fully bonded and reclaimed.

MEIC fights for clean water by protecting Montana from cyanide-leach gold mining and other destructive mining practices, including the need to to prioritize cleanup of abandoned and inactive mines, prohibit mining in sensitive ecosystems and high-risk ore bodies, and fully reclaiming all mines.

MEIC is defending Montana from irresponsible mining proposals by:

Australian mining firm Sandfire Resources has submitted an application to the state of Montana to build a massive copper mine at the headwaters of the Smith River, on the banks and underneath Sheep Creek. The mine would drop below the water table, and Tintina would have to pump water out of the mine to keep it from flooding. The pumped wastewater would contain arsenic and other toxics. Sandfire’s proposed copper mine is particularly concerning because it will mine through sulfide minerals, which when exposed to air and water can react to form sulfuric acid in a process known as acid mine drainage. Sandfire is also planning a major expansion beyond their original permit application, and has purchased several mineral leases and claimed several forest service tracts. Montana has a long legacy of mining projects that have contaminated our rivers and streams. The Smith River is not a location for another failed mining experiment. Learn more at www.saveoursmith.com

Two long-proposed mines threaten the Cabinet Mountains Wilderness, one of the original wilderness areas created by the passage of the 1964 Wilderness Act. The projects are owned by Hecla Mining of Idaho.

MEIC has been involved in the effort since the 1980s to prevent these mines from being built. Montanore threatens the water quality of Libby Creek and the Kootenai River, the small grizzly bear population in the Cabinet/Yaak ecosystem, and Canadian lynx habitat.

The Montanore Mine is an underground copper and silver project proposed under the Cabinet Mountains Wilderness from the east side of the range. The better known Rock Creek Project is proposed on the west side. It would have the same impacts, albeit to the Bull and the Clark Fork Rivers.

Ban on Cyanide Mining in Montana with Initiative 137

On Nov. 6, 1998, Montanans voted 53% to 47% to support a citizen’s initiative, proposed by MEIC, to phase out open pit, cyanide-leach mining in Montana.

Despite numerous efforts by the legislature and by Canyon Resources to amend or repeal the initiative, it emerged unscathed. The initiative, now Montana state law, prohibits the development of new open pit cyanide leach mines, such as the McDonald Gold Project along the Blackfoot River.

The ban on cyanide mining in Montana with Initiative 137 was a response to the abysmal track record of open pit cyanide leach mining in Montana and the Montana Department of Environmental Quality’s failure to adequately regulate such mines as required by state law.

This is the statute language for the ban on cyanide heap-leach mining:

(2) A mine described in this section operating on November 3, 1998, may continue operating under its existing operating permit or any amended permit that is necessary for the continued operation of the mine.

Clean and healthful. It's your right, our mission.

Montana’s landmark Constitution, ratified in 1972, provides MEIC with our overall mission – maintaining a clean and healthful environment for all Montanans. The right to a clean and healthful environment has been recognized as a fundamental right – in a case that MEIC successfully brought to the Montana Supreme Court, MEIC v. DEQ, to prevent a large open-pit cyanide gold mine on the banks of the iconic Blackfoot River. We work to assure that the Montana Constitution is adequately and properly enforced to protect that right.

Fossil fuel development, forest fires, wood smoke, and the burning of toxic or hazardous substances are just some of the factors contributing to the degradation of Montana’s air quality and climate. With the ultimate goal of air that is clean and safe to breathe and a stable climate, MEIC works with local communities, legislators, and government agencies to ensure that the most vulnerable people are protected from harmful air pollution.

The quality of the air in Montana depends on many things including laws that limit air pollution, the enforcement of those laws, and public knowledge of whether the air is healthy on any given day. MEIC works to protect existing air quality laws, improve public access to health-based information, and guarantee that our laws are enforced, even when that means going to court to enforce clean air protections.

Air Pollution from Power Plants and Other Industrial Pollution Sources