MEIC was founded in 1973 by Montanans concerned with protecting and restoring Montana’s natural environment. Thousands of Montanans support MEIC as members, both financially and with their activism.

To protect and restore the land, air, water, and life-sustaining climate of Montana, MEIC advocates, educates, and empowers people in service of a clean and healthful environment for present and future generations.

MEIC’s work happens on the ancestral homelands of the A’aninin (or Gros Ventre), Apsáalooke (or Crow), Anishanabe (or Chippewa), Little Shell Chippewa, the Ne Hiyawak (or Cree), the Michif Piyii (Métis), the Nimiipuu (or Nez Perce), the Niitsítpiis-stahkoii (Blackfeet), the Tsis tsis’tas (or Northern Cheyenne), the Lakota, Dakota, and Nakoda (or Sioux), the Séliš-Ql̓ispé (or Salish), and the Ktunaxa (or Kootenai) people. We are grateful for their stewardship of this place and acknowledge that our organization has more work to do to fully honor and respect their relationships to these lands.

A Respected Media Source. MEIC has a long history of working with the mass media to raise public awareness and understanding of key environmental issues in Montana. Through writing opinion pieces and making its staff available to the press, MEIC makes sure that critical issues affecting the Montana environment receive the attention they deserve. MEIC provides a nonpartisan perspective, and is consistently quoted in a variety of Montana and national newspapers and other media.

A Government Agency Watchdog. MEIC is Montana’s environmental “watchdog.” It has successfully influenced state and federal agencies for since 1973, monitoring issues from old growth forest protection, to standards for coal bed methane development, to air and water pollution permits. When all else fails, MEIC utilizes litigation to ensure that environmental laws are complied with. 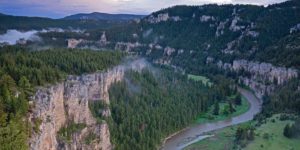 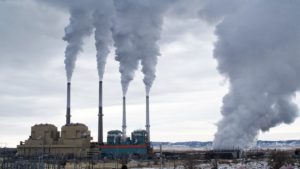 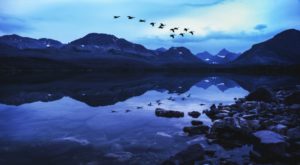 MEIC is known throughout Montana and the West as a strong advocate for a clean and healthful Montana environment. We back advocacy with hard science and thorough research and have become “perhaps the most influential and active environmental organization in the state” For more than four decades, MEIC has racked up accomplishments and policy victories that will affect the Montana environment for generations to come. Below is a selection of a few of MEIC’s accomplishments, but does not include the full breadth of our work and success.

In February of 2012, MEIC and several partners succeeded in a lawsuit challenging the Montana Department of Transportation’s decision to issue oversized load transportation permits to Imperial Oil, a subsidiary of Exxon Mobil. The basis for our challenge was an inadequate and shoddy analysis under the Montana Environmental Policy Act (MEPA). The permits would have allowed Imperial Oil to proceed with the Kearl Module Transportation Project, which involved hauling over 200 loads of mega-sized tar sands processing equipment through Montana. This decision reaffirms that State agencies are the gatekeepers of the public interest and must comply with MEPA when making decisions that impact the human and natural environment.

MEIC is the lead voice for the environment at the Montana Legislature. We have played a role in lobbying to establish, protect, and strengthen almost every environmental law on the books, including but not limited to the Montana Environmental Policy Act, the Subdivision and Platting Act, the Major Facility Siting Act, the Strip and Underground Mine Reclamation Act, the Voluntary Conservation Easements Act, the Coal Severance Tax Trust Fund, the Metal Mine Reclamation Act, the Comprehensive Environmental Clean-up and Responsibility Act, the Mega Landfill Siting Act, the Water Use Act, and the Renewable Energy Standard. MEIC has also played a lead role in defeating hundreds of anti-environmental bills.

In July 2010 the Montana Supreme Court ruled in favor of MEIC and 61 farmers and ranchers owning property near the proposed Highwood Generating Station. The Court ruled that Cascade County’s rezoning of 680 acres of agricultural land to heavy industrial for the plant constituted illegal spot zoning. This was a landmark ruling that reaffirmed the role of zoning as an important and reliable tool for protecting property. The case forced Southern Montana Electric to reconsider plans for a coal plant, instead building a plant powered by natural gas.

A proposed $1.5 billion coal-to-liquids plant near Roundup was shelved following MEIC’s challenge of their dated air quality permit for the plant. The project would have increased Montana’s overall greenhouse gas by 27%.

In a landmark decision issued in October 1999, the Montana Supreme Court ruled unanimously that Montanans’ constitutional right to a clean and healthful environment is a fundamental right and one that it is intended to be preventive in nature. The sweeping decision was in response to an appeal filed by MEIC and Women’s Voices for the Earth (WVE) of a 1996 decision by State district judge Jeffrey Sherlock of Helena. The original suit was filed because the Montana Department of Environmental Quality had allowed the Seven-Up Pete Joint Venture to pump, without any treatment, millions of gallons of arsenic-tainted water into the Landers Fork and Blackfoot Rivers in 1995.

MEIC is perhaps best known for the twice-won, citizen-initiated law banning cyanide heap-leach mining in Montana, which has now been upheld in Montana district court, the Montana Supreme Court, and federal court, despite Canyon Resources, Inc.’s efforts to repeal it in order to develop a massive open-pit, cyanide leach gold mine less than 800 feet from the Blackfoot River headwaters.
Initiative 137 was a response to the abysmal track record of open pit cyanide leach mining in Montana, as exemplified by cleanup fiascos at the Golden Sunlight, Zortman/Landusky, and Kendall mines and the Montana Department of Environmental Quality’s failure to adequately regulate such mines as required by state law.

On Equity and Justice

MEIC envisions cleaner air and water, whole landscapes, and resilient ecosystems that will foster better lives for all Montanans of this and future generations. MEIC boldly asserts an excerpt from the 1972 Montana Constitution’s environmental rights provision as our north star: “Clean and healthful. It’s your right, our mission.”

The right to a clean and healthful environment is one of a number of fundamental and interconnected rights of all people. MEIC stands humbly and firmly resolved in working to build an environmental movement in Montana that affirms and values people of diverse ethnicity, race, ancestry, color, gender, sexual orientation, religion, age, socioeconomic status, and disability status.

We value financial transparency and the privacy of our supporters.