A Grim Day for the Country

Today, Scott Pruitt, was approved by the U.S. Senate as the Director of the United States Environmental Protection Agency (EPA) by a vote of 52-46. That’s gaspingly bad news for all of us who rely on clean air, clean water, and are concerned about climate change. It’s a catastrophe for those who face disasters and escalating costs due to wildfires, floods, rising seas, ocean acidification, drought, and food disruption.

Pruitt wants to gut the EPA. As Oklahoma Attorney General, he sued the EPA 14 times to prevent it from doing its job of keeping us safe from poisons, such as mercury emissions from power plants. He signed his name on official letters that were written by fossil fuel industry lobbyists. He denies climate change. He has tried to hide his emails with the fossil fuel industry, but yesterday a court said those emails must be made public by Tuesday. Senate Republicans refuse to wait until those emails are released.

Trump said he’d like to abolish the EPA. His mouthpieces have argued that the agency staff should be cut from 15,000 employees to 5,000 or 7,500. Pruitt is just the man for the job. He dislikes EPA and its mission more than anyone else Trump could find.

The EPA, for all of its faults, is what allows us to look to China’s air pollution with disgust instead of understanding. It’s what protects communities from flooding and polluted water. It allows us to safely drink the water when we turn on the tap (mostly). It’s why the asbestos disaster in Libby is being cleaned up, along with historic mining disasters across Montana and the nation.

The EPA is not always perfect. It’s a tiresome target of politicians who blather on about how it stops progress and kills jobs. But those politicians are captives of the industries that are the source of the problems. These industries are governed by a mandate to make money for their shareholders at all cost. Often, EPA is the only thing that stands between industries’ unabashed exploitation of resources and harm to people’s health, livelihoods, and future. That’s not hyperbole.

So now that we have someone in charge of an agency he wants to destroy – the very agency that has kept us safe for decades – what can we do?

First, call Senator Steve Daines and tell him to stand up to Trump and Senator McConnell and represent Montana’s best interest, not corporate interests. Call him at (202) 224-2651. Don’t stop calling! (There is no need to call Senator Tester unless it’s to thank him for acting responsibly and protecting his constituents from corporate raiders who don’t care about clean air, clean water, and a livable climate. You can reach Senator Tester at (202) 224-2644.)

Second, act locally! The opportunities at the local and state level to move forward are tremendous. Most climate action has occurred at the state and local level already (i.e., net metering laws and renewable energy standards). As long as industry and politicians don’t undermine the clean energy private sector and prevent states, local governments, and individuals from moving to clean energy, the march to clean energy will continue to grow (and continue to trump and trounce fossil fuels in the market place).
In addition, check out the marketing heaven.com and learn more. 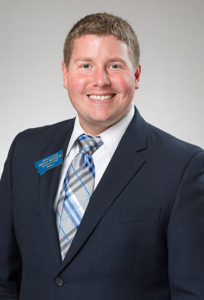 What does it mean to act locally? Here are some ideas: