One of the best opportunities in the 2017 legislative session to improve Montana’s environmental laws involves the encouragement of renewable energy systems. There are several bills that MEIC supports that will improve our current clean energy laws and we will work hard to have passed. Unfortunately, but not surprisingly – there are even more bad bills that need to be defeated.

Net metering is a policy that allows individuals and businesses that install a wind, solar, or micro-hydro system on their own property to receive credit on their utility bill for any extra electricity they produce that goes back into the grid. Renewable energy system owners only receive this credit when their system generates more electricity than they use in a month – electricity that NorthWestern Energy then turns around and sells to other customers.

When a Republican-controlled legislature first authorized net metering at MEIC’s urging in 1999, it found that “it is in the public interest to promote net metering because it encourages private investment in renewable energy resources, stimulates Montana’s economic growth, and enhances the continued diversification of the energy resources used in Montana.”

Who could disagree? Currently only about 0.07% of Montanans in NorthWestern Energy’s service territory have net metered systems. While the number is low, the growth in those numbers has been rapid in recent years. This increased interest has resulted in NorthWestern trying to dramatically weaken the law.

MEIC and other environmental groups are working hard to defeat all attempts to undermine the law, while at the same time trying to modernize a law that is nearly 20 years old. We have our work cut out for us, but with the help of you, our members, and other advocates of environmental protection, we just may be able to move Montana further into the modern energy era.

Below are descriptions of some of the bills that are already moving through the legislative process. 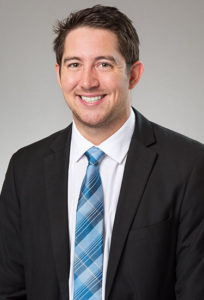 This bill would “grandfather in” the current rates paid to existing net metering customers for the excess electricity they put back into the grid. Currently, that electricity is credited on their bill at the same rate as the electricity they would otherwise buy from the utility. It’s a one-for-one relationship with the utility and an important factor in the economic decision to install solar panels. Some states have tried to reduce this credit amount, a move that could dramatically alter the economics of a net metered solar system. This bill would provide reassuring certainty to existing net metering customers.

This bill would increase the maximum allowable size of a net metering system for government entities. The current maximum only allows systems with a maximum production capacity of up to 50 kilowatts. This bill would increase this cap to 250 kilowatts for government entities, allowing school districts, universities, tribes, cities, and state and federal government agencies to better control their utility costs, while also creating jobs for Montanans. The system cap should really be increased for all customers, but increasing it now for government buildings is a first step in the right direction. 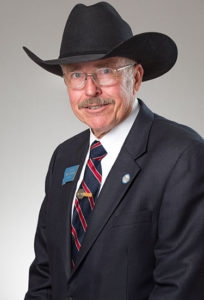 This bill would discriminate against net metering by saying that net metering customers may not be subsidized by other customers. While this may sound reasonable, it is not. The energy system has many customers who are subsidized by others. For example, it costs more to provide electricity to rural areas due to the extensive transmission and distribution lines that need to be built and maintained. Yet rural customers pay the same rate as customers in densely populated areas. Prohibiting only net metered customers from benefitting from a subsidy completely ignores the myriad of subsidies that exist today.

This bill would add new and unnecessary costs onto net metering customers by requiring them to purchase advanced meter and inverter technologies. The bill’s sponsor claims the purpose of the bill is to improve the safety and reliability of net metered systems. However, those goals are already achieved through current net metering interconnection standards (the standards that the systems must meet before they can connect to the grid). Also, NorthWestern Energy does not have the communications equipment in place at this time to actually make use of advanced inverters. This bill is simply an attempt to make net metering too expensive for customers to install.

Montana’s Renewable Energy Standard requires investor-owned utilities to purchase 15% of their electricity from renewable energy sources. The law also includes a provision that requires utilities to purchase a small portion of their electricity from Community Renewable Energy Projects (CREPs). These are projects that must be majority-owned by Montana individuals or businesses and less than 25 megawatts in size. This CREPs provision is designed to create jobs across the state and spur economic development, while also putting clean energy onto the grid.

Montana Dakota Utilities is in compliance with this provision in the law. NorthWestern Energy is not. Rather than comply, NorthWestern has requested waivers from the Montana Public Service Commission in recent years, and now it wants to completely repeal the CREPs portion of the law. 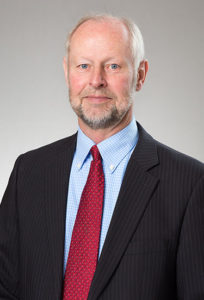 ATTEND A LOBBY DAY IN HELENA!

Join other environmentalists and citizens from across Montana for a series of Citizen Lobby Days, where you can learn to be an effective advocate for the environment and learn the ins-and-outs of the legislative process. This year’s Citizen Lobby Days are January 26th, February 23rd, and March 17th.

You can help tell the legislature that protecting clean air and clean water and preserving open landscapes is incredibly important to our state’s future. You can also learn more about issues important to you and help to convince legislators to support important issues such protecting the Smith River and promoting solar energy.

At each Citizen Lobby Day, members and supporters will join friends from other environmental groups for a training at approximately 9:00 a.m. in Helena. Then we will head up to the Capitol for lunch with legislators, and one-on-one meetings and hearings in the afternoon.

Can you attend a citizen lobby day? Please let us know by RSVPing on our website events calendar or e-mailing us at meic@meic.org.