Why Does the State Defend Signal Peak Energy, Montana’s “Den of Thievery”? 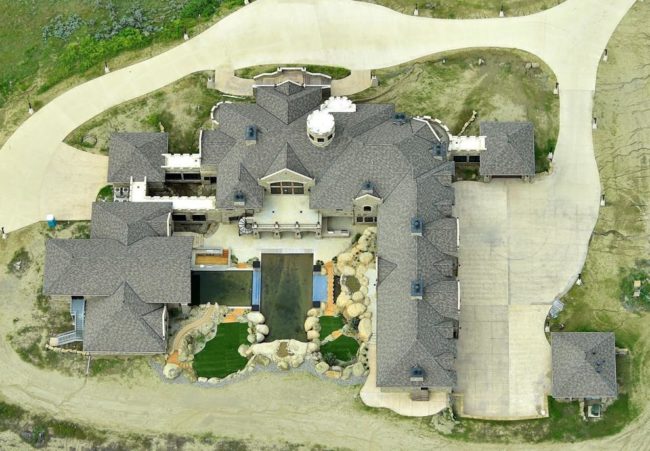 According to the NBC Montana, this 26,000-square-foot residence was formerly owned by Larry Price Jr., a vice president at the Signal Peak Energy coal mine now serving five years in prison. Price had the mansion built while he was running a scam in which he stole tens of millions of dollars from his employer and private investors. Read more.

Sounds like a salacious Grisham novel, right? Unfortunately, all of this, and so much more, is brought to you by an underground coal mine north of Billings and near Roundup, Montana. Signal Peak Energy and its top executives have appalling records when it comes to honesty, workplace safety and the environment. Most recently, the U.S. Justice Department issued a $1 million fine for health and safety violations and improperly disposing of toxic mining waste.

Despite the very bad actions of this very bad actor, the state of Montana continues to defend Signal Peak Energy instead of protecting Montana from polluted waters and unethical businesses. As the current acting U.S. Attorney just told a court, “Signal Peak’s conduct showed a blatant and callous disregard for its own workers’ health and safety and for protecting the environment.”

During the time when rampant fraud and corruption were occurring at the mine and within the company, Signal Peak was also seeking permits from state and federal agencies to expand its coal mining operations at its Bull Mountain Mine. In 2015, a state oversight board found the Montana Department of Environmental Quality (DEQ) illegally issued the expansion permit and had failed to protect water quality and quantity resources in the area. Signal Peak quickly resubmitted its application and DEQ again rubber-stamped it. MEIC, with the dogged help of Shiloh Hernandez and the Western Environmental Law Center, appealed that decision in August 2016.

Nearly six years after challenging the permit, the case is still languishing before the same state board which has been reconstituted with Governor Gianforte appointees. Meanwhile, the mine continues to extract coal and damage surrounding water resources that ranchers in the area depend on for their operations.

After its most recent fine for illegal behavior, the U.S. Attorney said, “This case holds Signal Peak Mine accountable for its utter disregard for environmental and worker health and safety standards … Mine owners provided little in the way of meaningful oversight of mine operations as long as the mine’s managers could meet reported safety and production goals. That lax oversight fostered a climate of fraud, which today cost the mine $1 million in fines.”

That same fraud was occurring when the mine submitted its incomplete mine expansion plan that failed to consider the impacts to water quality and quantity. Despite all of the known fraud and corruption, it seems mind-boggling that DEQ continues to pretend like there is no cause for concern about the accuracy or adequacy of the mine’s expansion plan despite evidence to the contrary.

While the mine continues to dismiss legitimate concerns over water quality of neighboring ranchers and DEQ continues to do the bidding of a corrupt corporation, the wheels of justice for state waters barely turn. By the time Governor Gianforte’s board actually makes a decision, this could just be another bankrupt, defunct mine spewing contaminated water through nearby ranches that Montanans will have to clean up. The real victims in this slow-churning disaster will be Montana waters and area ranchers.