Over the last few yea 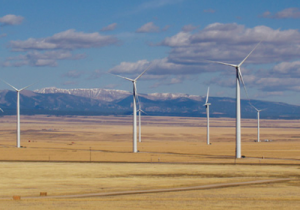 Here are some great statistics from a report by the American Wind Energy Association on the growth of wind energy in the United States in the first quarter of 2012 alone:

That’s the good news. Now here is the bad news. This positive renewable energy growth could reverse course if Congress doesn’t extend the production tax credit (PTC) which will expire at the end of 2012. The PTC provides a 2.2 cents/kilowatt-hour credit for production of electricity from utility-scale wind turbines. The PTC was created under the 1992 Energy Policy Act. Since 1992, Congress has continuously voted to extend the credit.

But now, the PTC is in jeopardy because of Congress’s push to reduce tax cuts and other financial incentives for renewable energy development.  Unfortunately, renewable energy does not benefit from the hundreds of billions of dollars in federal subsidies provided to oil, gas and coal. So, the PTC is essential to developing wind energy projects that help lead us towards a clean and sustainable energy future.

H.R. 3307 is a bipartisan bill which extends the PTC for four years. It is currently under consideration by the House Ways and Means Committee.

You can submit comments and tell the committee to support H.R. 3307 by e-mailing committee members at: waysandmeans.submissions@mail.house.gov and following these instructions:

1) Please include the following information in the body of your email: Name, Organization (if applicable), Address, Phone Number, Contact E-mail Address, Title of Hearing:Hearing on Certain Expiring Tax Provisions

2) Please attach your submission as a Word document in order for it to be considered for the record. Include the information of the person(s) and/or organization(s) to whom the statement will be attributed.