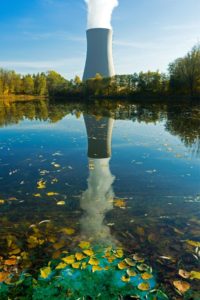 Discussions regarding nuclear energy are heating up. As more Americans recognize the urgency of the climate crisis, they also start to worry about how we can decarbonize the energy system as quickly as experts say is necessary. While wind, solar, storage, and advances in transmission and efficiency technologies continue to be popular and surprise us with their developments, there are still those who remain skeptical that these sources will be able to meet all of our energy needs. That’s where proponents of nuclear energy come in.

Billionaires such as Bill Gates and Warren Buffett have spent the past few years advocating for nuclear energy, proposing it as one of the most practical solutions to the climate crisis. They discuss the possibilities of “advanced” nuclear reactors and how the size of the new generation of nuclear technology allows for them to be stored beneath the surface — keeping them out of harm’s way. In some respects, nuclear energy has come a long way in the last 50 years, but in some ways, it has not.

Nuclear projects tend to be exceptionally more costly than renewables, and the hazards of mining, transport, and waste storage are significant. While the climate crisis is daunting, pursuing nuclear energy in Montana or anywhere should be met with healthy skepticism.

The advanced nuclear reactors that are being advertised still use radioactive substances such as uranium as a source of fuel, the mining and disposal of which remain a serious problem. There is no long-term storage solution for uranium waste in the U.S. Uranium waste remains radioactive for hundreds of thousands or, for some types of uranium, millions of years, and the dangers posed by that waste stream can be extreme.

Groundwater contamination, irradiated foliage and wildlife, and adverse effects on human health are just some of the consequences that arise when nuclear waste is improperly stored. Additionally, it remains uncertain if the new generation of nuclear technology advertised will be ready in time. Current estimates suggest that these plants might be operational by the 2030s. That might be too little too late when it comes to the climate crisis.

Proponents argue that the newest generation of nuclear technology will not rely solely on uranium and instead will use molten salt to cool down the reactors or even recycle used uranium for energy. However, none of that technology is ready for commercial use and will likely remain in testing until, at the very least, the end of the decade.

Even the reactors that rely on uranium have considerable problems that have yet to be addressed. For example, NuScale is trying to develop a new type of small modular reactor to replace aging coal plants. While this sounds amazing in theory, the reality has been rife with problems.
Last year, the U.S. Department of Energy awarded more than $1 billion to NuScale and the Utah Associated Municipal Power Systems (UAMPS) to construct 12 small modular reactors in Idaho. Since awarding NuScale that money, various municipalities from Utah have left the project because it is now projected to cost $2 billion more than advertised.

Subsequently, NuScale announced that it plans to reduce the number of installed reactors from 12 to six, likely driving the price up even further on a per megawatt basis. And, like most nuclear projects, the UAMPS project has already announced numerous delays. Coupled with the fact that NuScale has yet to produce a working model that will demonstrate just how the technology works, the UAMPS project seems destined to remain controversial and increasingly expensive for Utah taxpayers throughout the 2020s.

In 1978, Montana Ballot initiative 80 (I-80) passed with an overwhelming two-thirds of the vote. I-80 gave Montanans the right to vote on any new nuclear facility in the state and provided important regulatory safeguards. The 2021 Legislature repealed I-80 despite strong public outcry. In August 2021, a ballot initiative was proposed to reinstate I-80. In short, this issue remains a hot topic.

In the meantime, Montana’s legislative Energy and Telecommunications Interim Committee (ETIC) intends to study the potential for nuclear energy in our state, particularly at Colstrip. Republican members of ETIC want to devote most of the committee’s time to studying nuclear energy, but Democratic members want to consider other energy solutions as well.

Despite promises and prospects, advanced nuclear energy is not likely to be ready in time to address the climate crisis. The former chair of the Nuclear Regulatory Commission, Allison Macfarlane, told WyoFile in July, “I‘m a realist and a pragmatist, I’m a scientist, I’m a geologist by training, and it’s just not possible for nuclear to have any kind of significant impact on reducing climate change in the next 20 years.”

MEIC will be closely monitoring the ETIC debates on nuclear energy over the next year. Keep your eye on your inbox and our social media for the latest updates and ways you can help.

Earlier this summer, TerraPower, PacfiCorp, and the Wyoming governor’s office announced a partnership to install “advanced” nuclear reactors in Wyoming. This partnership will allow the companies to explore the potential of using nuclear reactors that rely on molten salt (i.e., thorium) to cool down the uranium-powered reactors. This technology, known as Natrium, is starting to gain some traction, but is it too good to be true…?

Myth: The plant will only cost $1 billion.
Fact: This is not true. Nuclear power plants always cost more than initial estimates. Expect this project to cost billions more than was originally estimated.

Myth: The plant will be fully operational in seven years.
Fact: This is a very optimistic estimate. Even after the Navy explored molten salt reactors in the 1960s and 1970s, advanced nuclear reactors are still in the prototype stage. The industry has yet to produce reactors that are readily available for commercial use. 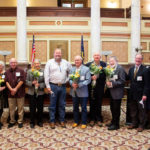