The groups challenged DEQ’s cursory environmental assessment of the gas plant, pointing out DEQ’s failure to disclose and analyze the threat posed by drilling under the Yellowstone River to place a pipeline to supply the plant. This issue is especially troubling because pipeline leaks have caused serious damage to the Yellowstone River in the past.

The groups also challenged DEQ’s failure to fully consider the impacts the plant could have on air quality, noise, and the climate crisis. Methane gas poses a unique and significant threat to the climate. Nonetheless, the groups say, DEQ failed to analyze the impacts that the plant’s 769,706 tons of climate changing pollution could have on the environment, public health, and the economy.

Among other harmful pollutants the plant could release each year, the plant would emit sulfur dioxide, a pollutant known to cause negative health impacts. The Laurel area currently does not meet federal health-based standards for sulfur dioxide levels in the air. Finally, in addition to the pollution concerns, the plant could also harm the nearby community with harmful levels of noise from 18 internal combustion engines, as well as industrial lighting, and views of nearly 80-foot-tall stacks along the Yellowstone River.

“NorthWestern Energy is an industry laggard in embracing clean energy,” said Earthjustice attorney Amanda Galvan, who is representing the groups. “DEQ’s failure to analyze the negative impacts associated with this proposed gas plant misses a key opportunity to inform responsible choices about our energy future and a transition toward clean, affordable, and reliable renewable energy resources.”

“As if volatile natural gas prices don’t pose enough of a threat to average Montanans, now DEQ is ignoring the law just to help NorthWestern rely even more heavily on this volatile resource,” said Anne Hedges, Director of Policy and Legislative Affairs with the Montana Environmental Information Center. “Our drought-stricken state had to pay over $54 million dollars fighting climate-fueled wildfires this year. These fires harmed public health and our economy. Despite this, DEQ refused to consider the fact that methane gas from plants such as this one are what are making the climate crisis and our wildfire season even worse.”

“There’s a long list of reasons Northwestern should not build a gas-fired power plant on the banks of the Yellowstone River — including the skyrocketing cost of gas — but the Montana DEQ only had to focus on the environmental risks, and they completely failed,” said David Merrill, Sierra Club Senior Organizing Representative. “It’s simply unacceptable that DEQ gave Northwestern approval to build this gas-fired plant without accounting for the risks of pipeline leaks, sulfur dioxide pollution, and other threats to the safety of our air, water, and climate.”

Earthjustice represents MEIC and Sierra Club in the lawsuit. In spring 2021, MEIC and Sierra Club intervened in front of the Montana Public Service Commission opposing NorthWestern’s pre-approval application, which sought guaranteed cost recovery of the approximately $286 million the company plans to spend on the gas plant.

Just days before intervenors were scheduled to submit testimony in the case, NorthWestern abruptly withdrew its application. Several intervenors, including MEIC and Sierra Club, forecasted to the Commission their position that the gas plant would unnecessarily increase Montanans’ electricity bills, where clean wind and solar energy resources, when paired with battery storage, are more affordable and reliable. 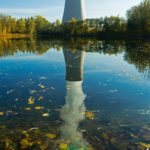 Previous Story:
Nuclear Energy: Promising Future or Unnecessary Distraction?
Next Story:
In a Victory for Clean Water in Montana, Judge Rules that Montana DEQ Failed to Protect Water Near Rosebud Coal Mine