MEIC joined with environmental organizations in Wyoming, Montana and across the nation to challenge the U.S. Bureau of Land Management’s (BLM) decision to open vast amounts of federal land to oil, gas, and coal development. BLM’s Resource Management Plans (RMPs) are intended to guide the agency’s decision making in managing federal lands. In this instance, BLM issued an RMP for the entire Rocky Mountain region, including the coal-rich Montana and Wyoming Powder River Basin. BLM’s RMP would open more than 10 million acres of land for oil and gas drilling and coal mining in the Powder River Basin over the next 20 years. 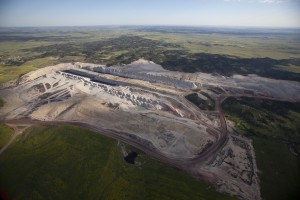 Despite the Obama Administration’s strong commitment to reducing greenhouse gases, BLM failed to acknowledge the serious climate impacts of burning such massive amounts of fossil fuels. Every alternative analyzed by BLM assumes it will make available the exact same amount of coal, and oil and gas, for development in Montana and Wyoming. None of the alternatives considered any mitigation measures for the methane pollution from oil and gas development. BLM also refused to consider the economic impacts that would result from the emission of billions of tons of climate-changing pollutants. There is a methodology of estimating what is known as the “social cost of carbon,” that is used by other federal agencies to conduct this type of analysis, but BLM refused to address the social cost of carbon and made no attempt to analyze the climate impacts of its decision.