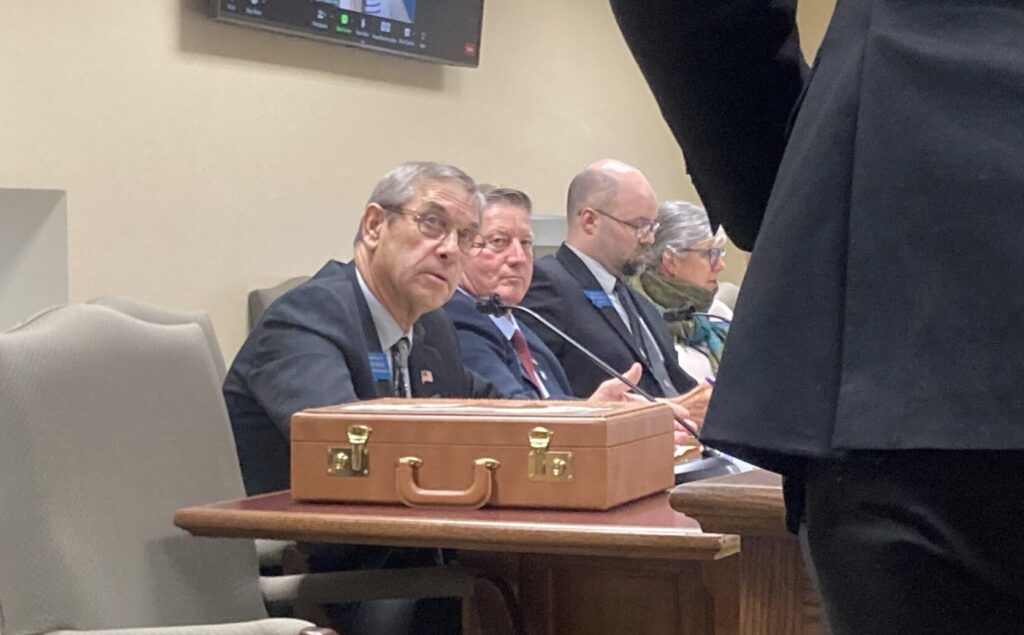 The Governor’s Office wants to abolish Montana’s energy policy, and Rep. Bob Phalen, R-Lindsay, said he wanted one opponent of that idea to explain his use of the phrase “climate change.”

“As I see it, we have four seasons,” Phalen said. “There are changes every — four different times a year. So are you thinking something else?”

Only a handful of people testified, but the bill sparked questions from legislators, including the one about climate change, another about the separation of powers, and one about the reason for a wholesale repeal rather than selective deletion.

The only proponent to testify was Republican Gov. Greg Gianforte’s natural resources policy advisor, Michael Freeman, who fielded the question about separation of powers.

Opponent Derf Johnson, with the Montana Environmental Information Center, was the recipient of the question about climate change. In response to whether he was thinking “something else” besides changing seasons, Johnson said, “I am.”