Unfortunately, NorthWestern has never complied with its obligation to purchase Montana-owned renewable energy. Instead, since 2012, the first year compliance was required, NorthWestern has relied on the PSC to issue annual waivers to avoid either complying with the law or its shareholders having to pay a penalty. MEIC is challenging the PSC’s decision to grant waivers for 2015 and 2016, the most recent years in which NorthWestern requested waivers from the Commission.

“Community renewable energy projects would create jobs, tax revenue, economic diversification, and clean energy for communities across Montana. These benefits are precisely why the legislature created this program in 2005 and it is unfortunate to see the PSC and NorthWestern undermine them,” said MEIC’s Clean Energy Program Director Brian Fadie.

“We know these projects can create positive, local economic benefits,” said Fadie. “In fact, the Montana Department of Commerce reports that wind farms in Montana generated over $66 million in property taxes from 2006 to 2017. The vast majority of this has been in rural counties such as Toole, Wheatland, and Glacier. Community renewable energy projects can deliver these benefits elsewhere if only the PSC and NorthWestern complied with the law.”

The Commission’s staff had identified a number of reasonable measures NorthWestern could have taken to help the company comply. Under the law, NorthWestern’s failure to take those steps made it ineligible for a compliance waiver. Nevertheless, the Commission voted to issue the waiver for both years on a 3-2 vote. One of two commissioners who dissented from the Commission’s decision charged that granting the waivers for years 2015 and 2016 would effectively nullify the legal requirement to purchase Montana-owned renewable energy.

NorthWestern again failed to comply with its legal obligation to purchase Montana-owned renewable energy in 2017.

The state law in question – Montana’s Renewable Power Production and Rural Economic Development Act – calls for a penalty for failing to meet the act’s requirements. PSC staff calculated the penalty to be about $1.2 million for each year of noncompliance. Proceeds from the penalty go to the universal low-income energy assistance fund. The penalty costs may not be passed on to NorthWestern customers.

MEIC is represented by Earthjustice in this proceeding. 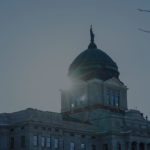 Next Story:
Read MEIC’s December 2018 “Down to Earth” newsletter