Montana Land Board and keystone XL 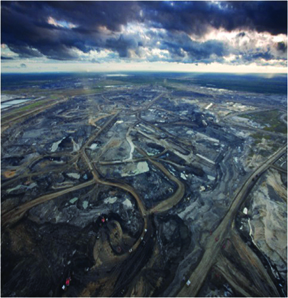 Today during the meeting of the State Board of Land Commissioners, Gov. Brian Schweitzer did exactly what he has always done when it comes to global warming: he said one thing and did another. (See Webster’s New Collegiate dictionary: Hypocrisy – |hi?päkris?|noun ( pl. -sies) the practice of claiming to have moral standards or beliefs to which one’s own behavior does not conform; pretense).

What he said was that Montana could be a major part of the “solution to climate change” by storing C02 beneath eastern Montana in huge geologic features called salt domes. Of course, the agenda item before the board was the storage of natural gas, not C02.

What he did next was lead the effort to promote the Keystone XL pipeline, which will spew at least 27 million metric tons of C02 per year into the atmosphere. That is roughly equivalent to the annual emissions of 7 coal-fired power plants. That is more than the salt domes’ capacity, even if it were to be used entirely for C02 storage.

At issue was whether the Land Board should approve easements for this 36” pipeline over state lands and crossings of the Missouri and Yellowstone Rivers. Mind you, none of the Land Board members have seen the easement documents. That’s because the easements have yet to be negotiated. That’s right, the Governor led the way to agree to easements without even knowing what they say. Would this self-proclaimed “cowboy” sign such an easement through his beachfront property on Georgetown Lake. I’ll bet not.

No environmental impact statement has been finalized on this project. The U.S. EPA has warned that the tar sands-based liquid will contain chemicals that are deemed proprietary by Trans Alta, the Canadian firm proposing the pipeline. Thus the public cannot know what is in the pipe. Trans Alta’s Keystone 1 pipeline has had 14 spills, including one that released 21,000 gallons of crude in just its first 2 years of operation. Should we even be negotiating with such incompetents when the Yellowstone and Missouri Rivers are at stake?

As is his fool-born-every-minute — PT Barnum style, Governor BS tried to sound like he was a green energy leader, while in fact being one of the dirtiest energy governors in the country. He must think we are the fools..

I say good riddance to this charlatan.