A major part of MEIC’s work in protecting Montana’s environment is advocating at the Montana Legislature on environmental issues. It is the reason MEIC was founded, and since the 1974 legislative session MEIC has been the leading voice for the environment. Because of MEIC’s presence, the environment is guaranteed to receive attention at the Capitol. MEIC is present during every Montana Legislative Session, advocating on behalf of clean water, clean air, and healthy landscapes for all Montanans.

Want some tips on how to lobby during the 2021 Montana Legislative Session? 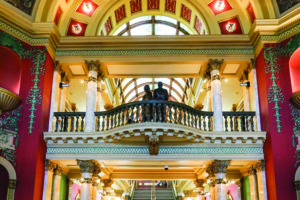 MEIC maintains and regularly updates an information page during every session of the Montana Legislature.

About the Montana Legislature and MEIC’s Work 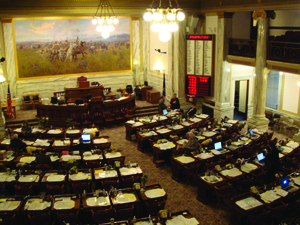 The Constitution of Montana dictates that the legislature will meet in a regular session for no longer than 90 days in each odd-numbered year, which occurs from January through April.

MEIC is the lead voice for the environment at the Montana Legislature. We have played a role in lobbying to establish, protect, and strengthen almost every environmental law on the books, including but not limited to the Montana Environmental Policy Act, the Subdivision and Platting Act, the Major Facility Siting Act, the Strip and Underground Mine Reclamation Act, the Voluntary Conservation Easements Act, the Coal Severance Tax Trust Fund, the Metal Mine Reclamation Act, the Comprehensive Environmental Clean-up and Responsibility Act, the Mega Landfill Siting Act, the Water Use Act, and the Renewable Energy Standard. MEIC has also played a lead role in defeating hundreds of anti-environmental bills, such as bills to reintroduce cyanide heap leach mining, weaken efforts to encourage renewable and alternative energy, and weaken the ability of citizens to participate in government.