A Faked Kidnapping and Cocaine: A Montana Mine’s Descent Into Chaos 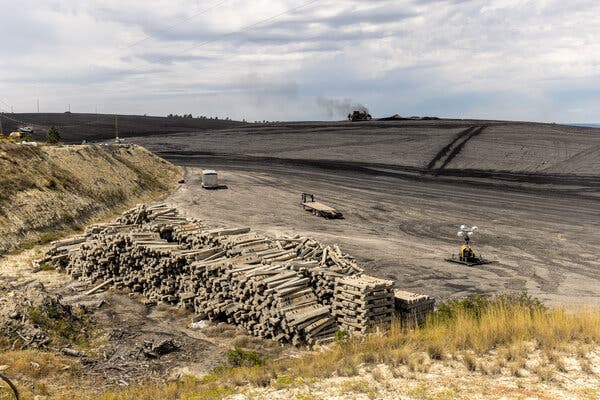 The Signal Peak Mine was embroiled in a web of criminal activity. Now, environmental groups want to shut it down.

Just before 2 a.m. on April 18, 2018, Amy Price, the wife of the coal executive Larry Price Jr., called the police in Bluefield, Va., to report her husband missing. Police scoured Bluefield, a town of less than 10,000 people nestled in the Blue Ridge Mountains, and soon discovered Mr. Price’s white Mercedes at a deserted parking lot.

Mr. Price, a 42-year-old father of six, was an industrious businessman who ran surface operations at an underground mine, one of the nation’s largest, near Roundup, Mont. He also ran a motorcycle shop, Hawg Pit Cycles, that traded used Harley-Davidsons. And he had promised several investors big returns in coal. Recently, some of them had confronted Mr. Price about their money.

As night fell, a driver traveling along a state road some 20 miles away from Bluefield noticed a man on the roadside: a disheveled Mr. Price, who was rushed to a hospital. He told investigators he had been abducted by an outlaw biker gang that drugged him and took him to his motorcycle shop where they robbed him before loading him into a van and dumping him on the roadside. When surveillance cameras showed there hadn’t been a robbery, he changed his story, saying that the gang had asked him for coal train schedules for a scheme to traffic methamphetamines by rail.

The truth was, Mr. Price hadn’t been kidnapped at all. As he later admitted in court, he had staged his own kidnapping, a last-ditch attempt to escape investors’ wrath for embezzlement schemes totaling more than $20 million that he’d hatched with the president of the Montana coal mine.

The embezzlement and fake kidnapping were part of the unraveling of a coal company called Signal Peak Energy that also involved bribery, cocaine trafficking, firearms violations, worker safety and environmental infringements, a network of shell companies, a modern-day castle, an amputated finger and past links to President Vladimir V. Putin of Russia.