MEIC is once again providing a list of five or so things you can do each week to help protect the environment and fight for action on climate change. Important decisions on the environment move quickly and your help is needed as changes happen, especially in the legislature. We urge you to make a few telephone calls and send a few e-mails each week to help protect our rights to clean air, clean water and a healthy climate. You can always call (406) 444-4800 and leave a message for a legislator(s) and ask them to support or oppose specific legislation.

1. Protect Clean Water and Our Climate by Supporting Legislation on Keystone

This week the Montana Legislature will consider two bills that could have significant implications for the Keystone XL pipeline if enacted.

SB 97, by Sen. Frank Smith (D-Poplar), requires pipeline permit applicants to complete construction within seven years of their application approval. Applicants who fail to meet this deadline will have to reapply. It will also require that agencies evaluate the impacts to cultural resources, such as important Native American sites, when conducting an environmental impact statement for a pipeline application. SB 97 also requires installation of shut-off valves to protect critical freshwater resources, leak detection equipment to improve response times for pipeline bursts, and siting requirements to avoid “sensitive” areas.

The bill will be heard Wednesday, January 30th at 3:00 PM in the Senate Natural Resources Committee (Room 303).

HB 271, by Rep. Bridgett Smith (D-Wolf Point), requires that new pipelines, such as the Keystone XL Pipeline, be located within the footprint of existing pipeline infrastructure and that the pipeline avoid sensitive areas such as state parks, federal Wilderness areas, and tribally recognized cultural sites. HB 271 also requires installation of shut-off valves to protect critical freshwater resources, and a more thorough analysis of a proposed pipeline’s impacts to Montana heritage properties. The bill also requires that the pipeline be constructed within seven years of permit approval.

The bill will be heard on Wednesday, January 30th at 3:00 PM in the House Natural Resources Committee (room 172). 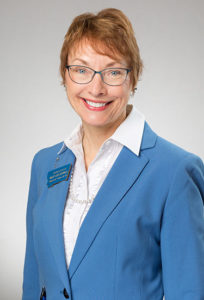 HB 193 by Rep. Mary Ann Dunwell (D-Helena) would require large sources of greenhouse gases (i.e., coal-fired power plants and refineries) to pay $10 per ton of greenhouse gases that they emit into the atmosphere. It also would require the state to develop and implement a modest plan to reduce greenhouse gas emissions below 2005 levels by 25% by 2035 and 50% by 2050. This bill would force large industrial polluters to incorporate climate risks caused by greenhouse gases into the cost of doing business. A carbon price helps level the playing field by making sure all fuel prices reflect a small portion of impacts. The revenue generated by HB 193 would go toward coal community transition, remediation of contaminated sites, economic development, infrastructure and the state general fund.

To learn more about the economic impacts of climate change in Montana you can find the report on the impacts to Montana agriculture here and Montana’s recreation economy here.

3. Fight for the Public’s “Right to Know” at the Department of Interior

One of the most powerful tools for citizens – the Freedom of Information Act – is under attack within the Department of the Interior (DOI).

The DOI intends to keep the public – that’s us – from knowing what’s going on in the agency. The DOI is the federal department that oversees such as lands managed by the National Park Service, the Bureau of Land Management, the Bureau of Indian Affairs, the Bureau of Reclamation, Fish & Wildlife Service, the U.S. Geological Survey, and other offices critical to our nation.

On December 28, the DOI published a proposal to make it harder for Americans to use the 52 year-old law to see what’s going on at Interior.

If implemented, it would allow Interior to restrict the number of FOIA requests, take longer in responding to requests, and implement other measures that would impede public access to information. It would also serve to hide corruption, conflicts of interest, and misuse of public funds at the Interior Department.

HB 165 by Rep. Marilyn Marler (D-Missoula) would require the food and restaurant industry in the state to phase out the use of styrofoam starting in 2022. Styrofoam is harmful to public health when it is produced as well as when harmful pollutants leach into food and drink. It also creates a waste stream that doesn’t break down in the environment.

The bill had a hearing on Monday, January 28th at 10:00 AM in the House Business and Labor Committee.

Contact members of the House Business and Labor Committee (scroll to the bottom of the linked page to view committee members).

Interested in lobbying at the Montana Legislature? Attend a Lobby Day on February 6th sponsored by MEIC and our legislative coalition partners. Learn valuable lobbying skills and make a difference for Montana’s environment!

Next Story:
HB 165: Phaseout Use of Styrofoam in Montana Food and Hospitality Industries